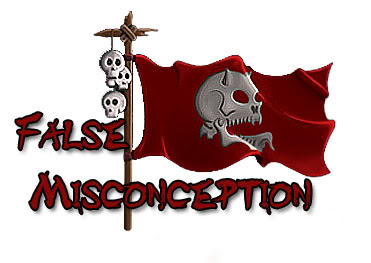 We start the introduction chapter for the EPIA book, by stating: Some people say that event processing is the next big thing; some people say that event processing is old hat and there is nothing really new in it. Both groups may be right to a certain extent. As with any field that is relatively new there is some fog around it: some of the fog stems from misconceptions, some from confusing messages by vendors and analysts, and some arises because of a lack of standards, a lack of agreement on terms, and a lack of understanding about some of the basic issues.

I'll start with misconception number 1: Event processing is a single-industry (some even say single-application) technology, and event processing software cannot generalize beyond this single industry/application.

The industry is, of course, capital markets, and the application is algorithmic trading

The diagram below is taken from the ebizQ customers survey (two years ago) about what are the business problems that they expect to solve with event processing, and the result is 9% indicated algorithmic trading.

This misconception is originated from the fact that the capital market industry has indeed been the early adopter of event processing software, and served as a proof of concept for the rest of the industries, there are indeed some vendors that focus mainly around this type of application, however, this does not show the entire picture. From the IBM experience I know of customers in various industries, most are not in the capital market area. Getting to the material collected by the EPTS use case work group (the material is on the EPTS members internal site, available to EPTS members) I find quite a lot of examples of systems working in production or being developed from variety of domains, here are some samples:
These are only samples, I am familiar with variety of examples in various industries: healthcare, utilities, chemical and petroleum, insurance, security, transportation and others. In the last event processing symposium in Trento, we had one keynote address on event processing in robotics, and there are other areas as well such as smart house to monitor energy consumption in the house. While we are now in the first generation, and the utilization of event processing will increase in time, the coverage in terms of industries and applications is growing has gone far beyond algorithmic trading.
More misconceptions in subsequent postings.
Posted by Opher Etzion at 9:12 PM