On Top Down and Bottom Up 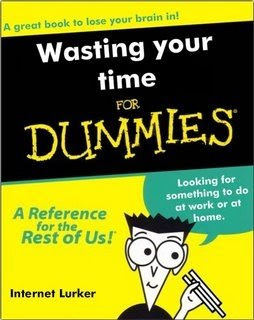 My B.A. degree is in Philosophy (well, to be accurate most of the studies were related to logic), later I have learned business administration and Computer Science, but I think that Philosophy was the most important thing I have learned, as the other studies provided techniques, while Philosophy provide more basic competencies.
When I have decided to study Philosophy, my late father, who has been very practical person, invested an entire evening trying to convince me that I am going to waste my time, and why I cannot study engineering, medicine or law like everybody else, well, I have listened carefully, and went to study philosophy, a decision I have never regretted - actually some of my friends switched to study philosophy when they realized that I am enjoying my studies and they are not.
I was reminded about this episode with time wasting when I caught up in what happened in Blog-land during my vacation, and discovered the blog posting entitled: fallacies of self-fullfiling CEP use case studies. I am quite amused to read these type of Blogs, I hope that the author is also feel amused when writing them... well, after being amused for a few minutes, I thought -- well, today there is a conference call of the EPTS use case workgroup, maybe I should cancel the call, since all the participants including myself are going to waste their time in addition for the time already wasted on fallacies... Fortunately, I have studied Philosophy, and moreover investigated fallacy types a long time before Wikipedia was created, and failed the fallacy in the identification of fallacies (an absence of fallacy event..), so I decided not to cancel the call.... I have a feeling that the participants did not think that they have wasted their time, but who knows...
Enough humor, time to have some serious stuff on this posting -- so I think that top-down and bottom-up approaches is a good topic to discuss. While the original posting used the metaphor of space rockets 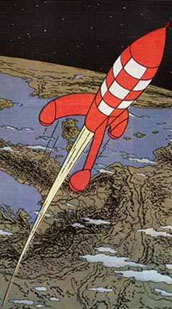 I'll stay on the earth and use the metaphor of a gadget - let's imagine that some inventor invents a gadget maybe like this:

This gadget has a lot of features, and it was designed in a totally top-down manner.
At some point customers start to acquire this gadget and are using it in different ways for different purposes. The inventors of this gadget have a lot of ideas of what else to do in the next version of the gadget, but besides the top-down innovation there is also a bottom-up process that is called in control theory: feedback. Typically, a large enough sample of customers is being interviewed to understand - what is this used for ?, how it is used ?, are various features needed? understood ? used the same way as imagined by the inventors or otherwise? are there some requirements for this gadget to connect to other gadgets? some requirements about the operational aspects? this information can be used both to explain new customers about the experience gained, and information that can tune up the priorities and ideas of the next generation.
Back from the fascinating gadget world to our not less fascinating EP world -- the use case workgroup study is intended to understand both about the ways in which EP technologies are used today, and about additional requirements that customers who already used EP technologies are looking at (customers that did not use a certain technology typically have difficulties to express requirements about such a technology, unless they have studied the area...). .
My assumption is that the end result of this study will be beneficial for the entire community - customers who would like the best practices, vendors that design their next generation, researchers who wish to analyze this market etc... However, assumptions are just philosophy and as such, my assumptions are as good as the counter-assumption that this is all a self-fulfilling fallacy. Since I have grown up and am wearing the scientist hat these days, I suggest to take the empirical approach, namely, be patient to see the end result and judge it.

And bottom line about bottom-up and top-down: Top-Down and Bottom-up work have in general complimentary roles, and are used in different phases in the life-cycle of products/technologies/areas. Important concepts such as: use patterns and best practices are, by definition, Bottom-Up...