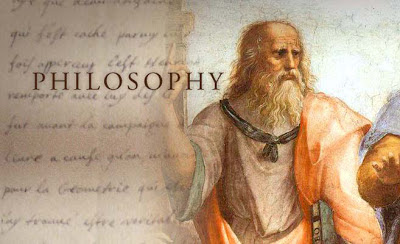 I recently followed some discussion threads that started a couple of years ago with Steven Hawkings' assertion: "Philosophy is dead", Hawkings asserts that the truth about the universe is in the hand of the physicists, and philosopher don't keep up with science.   Well, reading it I thought of taking out my BA in Philosophy diploma and hide it, since with the death of philosophy this diploma becomes worthless (maybe I should also retroactive loose my graduate studies, since the acceptance was based on that diploma!).    Some philosophy professors make  defensive claims restricting the death to certain subsets of philosophy.

My view is that philosophy deals with meta issues,  it does not deal with scientific experiments, but in trying to understand what is a valid argument about the world, and how conclusions are derived from assumptions and assertions.  Many of the concepts we use in computer science: class, object, event, instance and many more actually exist in philosophy much earlier than the invention of computer science.  The recent discussions about causality vs. correlation has long time roots in philosophy literature.

During my academic studies I have taken courses in various departments: computer science, business school, education, mathematics, but as I have written several years ago, I value the studies in philosophy most.  I think that the study in philosophy has trained  me in both creative thinking and out-of-the-box thinking. I realized early in the studies that this is what you are expected to do in order to get really good grades.

So I'll trust Hawkings and his colleagues when they talk about physics, and proudly live the philosophy diploma on my virtual wall.
Posted by Opher Etzion at 8:58 PM

If Hawking had constrained his point to saying that cosmology (one topic under the metaphysics category) has transitioned to a theoretically grounded, observationally evaluated form of inquiry, I would be wholeheartedly behind him. But Hawking drastically exaggerated the situation by saying that with cosmology gone, philosophy is dead. And (a small but annoying point), by also saying that philosophers know little or nothing about physics. One topic of interest to me in graduate school was the philosophy of physics, and even 30 years ago, it was expected that a graduate be familiar with quantum superpositions, non-commutative Hermitian operators over Hilbert space, Bell's inequalities, joint distributions of observables, all for understanding Podolsky-Rosen arguments. Fermi-dirac and bose-einstein statistics were studied with respect to why particle interchange left the Hamiltonian of a system unchanged and "conservative" even though the total number of particle observable had dispersion (so that that particles were "created" or "destroyed" This all because the identity of indiscernibles is an old and still lively issues as an element of "realism" (Superpositions challenge ideas that the same "cause" will always have the same effect.) So it is annoying that Hawking stereotypes philosophers as pompously ignorant of all matters mathematical and scientific. I hope that sensation, perception, consciousness become understood from neurological and cognitive science perspectives, but residual questions will I suspect remain. This seems all part of the historical development of the articulation of problems, concepts, theories, arguments, and evidence that are initially philosophical pursuits but gradually transitions to more dedicated experimental, observational, and mathematical endeavors. I think that it is unfortunate that Hawking has voiced such a snarky uninformed view of philosophy, but I do enjoy his cosmological summaries, and it would be ill-advised to urge him to dig into philosophy. His talents are better exercised elsewhere.