Event Processing - What is all about ?

When something becomes a "hype" - people often wonder, is it something new ? is it a buzzword that recycles old stuff ? does it have "beef" inside or is it just a marketing slogan ?

I believe that while there is a hype, and some of the things are not really new, a new paradigm is being developed. N0 - it is far from being mature, but as I believe it will have significant impact on the world of computing, it is fascinating to be engaged in the thinking of how it will be developed - both the macro-level about general theory and engineering practices around it, and in the micro-level, looking at all the building blocks, and unresolved issue on the way... In fact, coming from the database community, I can see an analog to where we have been 40 years ago in the database area -- a few products that have been engineering-lead, no theory underline it, no optimization schemes, abstractions like transactions are still ahead in the future, and of course no standards. The database area went a long way since then, and I like to use this analog, as a good example for where event processing can be, if it will be developed right.

There is a start of a community that deals with these issues, and also a lot of confusion, misconceptions and questions around. I'll spend some time in providing short articles on various issues.

In the next few posts I'll refer to -- common misconceptions, the language issue, observations about pattern usage, discussion about - do we need standards and when, and some micro-level issues as well.

One of the first activities of the community is a glossary: http://complexevents.com/?p=195 which defines event as "something that happens" and event processing as "computing that preforms operations on events".

On first glance, there is nothing new here. The concept of event has existed in early days of computing, e.g. exceptions in operating systems, and there was an ability to attach exception handlers, which is a kind of event processing. Simulation is also a relatively old area, which is all about (simulated) events and their consequences.

So - what is all the hype about?

There are several relatively new things:

(2). The availability of (the first generation of) event processing software, enables to have more cost-effective solution to program event processing, this is similar in the development of the concept of DBMS as a series of abstractions and utilities above file systems. These software tools, besides giving better TCO for applications that are contain non-trivial event processing, also, in some cases, it is too complicated to hand-code the functionality.

(3). The existence of middleware and infrastructures that enable to produce and consume events.

All of these create awareness, getting vendors to invest, and customers to realize it is helpful to them, and provide some of the means to start looking at "event processing" as a phenomenon and wondering - what it really is, and where is it going..

Posted by Opher Etzion at 9:49 AM No comments:

Email ThisBlogThis!Share to TwitterShare to FacebookShare to Pinterest
Labels: Introduction 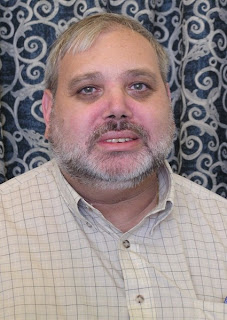 Hi. This is Opher Etzion, you can see my picture in the left-hand site (well, I belong to the left-handed minority). I have never written a diary, a blog, or anything similar, but in our hectic days, blogs seem to be a good means for communicating thoughts, so I have been tempted to start my own blog. People who know me, also know that I tend to introduce myself as carrying three different hats: In my daily job I am lead architect of event processing technologies for IBM Software Group's Wehsphere division (part of the ESB technical strategy team); I am also an adjunct professor at the Technion - Israel Institute of Technology where I am teaching event processing, and my third hat is a catalyst to promote the community and discipline of event processing, on this hat I am also chairing the EPTS (Event Processing Technical Society). I'll be writing the blog as part of my third hat, thus, it will represent my own opinions, not those of my employer IBM.
The blog will contain thoughts about various topics in event processing - conceptual, definitions, architecture and commentry. The blog will also include some educational material I am preparing for a course on Event Processing I am teaching in the fall. So - enough meta-information, let's move to the first real posting.
Posted by Opher Etzion at 9:29 AM 1 comment: