On events vs. data - the semantic view 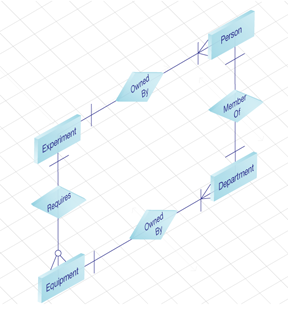 I have written in the past about events vs. data, talking about the various roles that data stores can play in event processing.   recently I had a discussion in the more semantic level., about the differences between events and data.   The first distinction is that data (and also objects) do not have semantics in general, since anything can be stored in data, however event has a semantic meaning: something that happens!.    So the best comparison is to semantic data models, and in the picture above you can see the most simple (and common) semantic data model - the entity-relationship model.    As seen in this picture, entity is a term that designates some common name for individual beings that are classified to that term.   Person, department, equipment and experiment show in the picture are all entities.   None of them represent events,  since event is a different creature,  as mentioned it designates something that happens.   An event typically references entities.  For example, the event - Paul sold the bike to Peter is an event of type "sell" (if this is a general auction domain)  or "bike sell" (if this is a bicycle store domain).    In this case the event references three entities:
Of course, in more general case the buyer and the seller can be corporates, and the item can be of any item type.    If we look at the description as a sentence,  the entity type is represented by a noun, while the event type is represented by a verb.    Note that not all verbs represent events though,  if we look at the picture above, the relationship  "requires" is a verb that designates that an experiment requires equipment, but it is not an event,  it is a static relationship among two entities,  so verb is not a sufficient condition for event, event represents a verb that indicate that something happened.     Models like the entity relationships model should be extended to include events.
Posted by Opher Etzion at 6:37 PM 2 comments:

Reviewing project for the European Commission 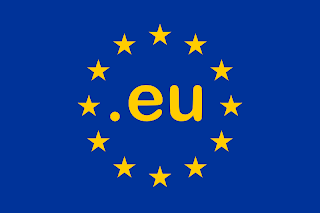 Dortmund, Germany.     Morning -- packing to start the way home.
In the last couple of days I have participated as a reviewer in two reviews of  EU projects which are centered around event processing -- Play (in Brussels) and Pronto (here in the fire fighters instruction center).   Play is in his first year,  building infrastructure for  "events marketplace",  Pronto in its third (and last) year, deals with events that arrive from multi-media sources, you can read some details about them on their websites.   Getting more event processing centered projects funded by government agencies is an indication of the growing importance of this area.    Got some interesting observations out of these reviews, which I'll write about later.
Posted by Opher Etzion at 7:35 AM No comments: 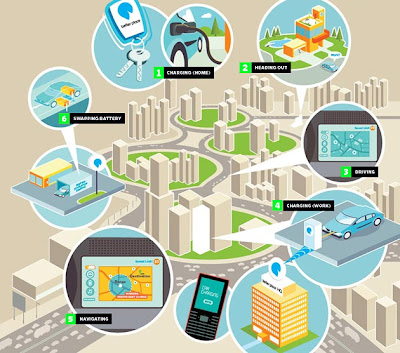 Hello from Brussels -- I'll spend the next couple of days in reviewing two EU projects, one here in Brussels and the other in Dortmund, Germany -  3.5 hours train ride from here.


I have written about disruptive technologies before, one of my favorite topics in fact.
Yesterday there were two events that reminded me of this, the first one was visiting Better Place, An Israeli company,  founded by Shai Agassi,  a person I met when he was still young, and got to be one of the senior leaders of SAP.   His vision is the vision of electric car, and the company, as seen in the slide above, is an infrastructure company which provides charging, automatic battery replacement and some other goodies.  They intend to start commercial use of their cars (currently they work with Renault as a manufacturer) at the end of the year,  this is indeed a disruptive technology over the current models of energy consumption in cars, and also of the leasing model of cars.     We'll see if this trend will catch.


The other event was an interview with Eitan Wertheimer,  chairman of the board of Iscar, and known Israeli industrialist, who said in that interview that whenever he launches a product, he kicks-off a team to establish a disruptive product that will make it obsolete.  This seems to go against the genetics of business -- since the goal of any business is to make money out of its products, and not try to defeat it.     His reasoning was that for every technology somebody will work on defeating it,  and it is better be us and not our competitors.
I like this line of reasoning,  the technology world moves fast, and if one wants to be a leader, then it must lead
new developments all the time.


I always saw our mission in IBM Research to create disruptive technologies rather than incrementally advance existing ones, I think we are doing some of these, but not enough.   Our current project is certainly in that direction.
Posted by Opher Etzion at 7:43 PM 1 comment: