Back to the Holocaust day, my father and King Alfred


I typically don't publish the same post twice, but today, due to the holocaust day, I am returning to something I published in this blog 3 years ago (and got many reactions upon it), the reason is that according to the statistics, during these 3 years the readers population for this Blog has grown significantly - so while old readers might remember it, I also want to share it with the newer ones,  This day is very much associated  in  my mind with my later father who was the only survivor of a big family.   Here is a picture of my father late in his life: 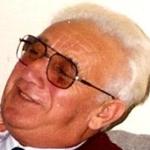 I don't have any picture of him until after the  war, but here is a picture of the kitchen the
Lodz Ghetto, where he worked at the beginning of the war (he said that he might be the person in the middle, but was not sure about it) 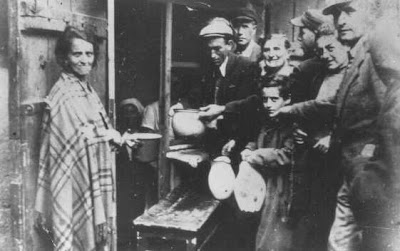 My father survived the war, while his parents and 7 brothers and sisters did not.
He never talked much about this period in life,  saying that this was on another planet, and cannot be described.  Once he told me that immediately after the war a relative found him in the survivors list and send him a letter asking him to describe whatever occurred to him during the war, my father answer was:

I will not tell you about what happened to me in the war, instead I will tell you the story of King Alfred 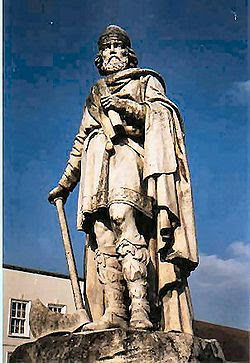 Posted by Opher Etzion at 10:20 PM No comments:

Email ThisBlogThis!Share to TwitterShare to FacebookShare to Pinterest
Labels: holocaust, my father, off-topic

On temporal extension to SQL:2011 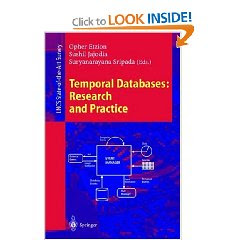 I have written before about the recent return to the bi-temporal databases, in conjunction with DB2.  In the 1990-ies was the first attempt to create bi-temporal extensions to SQL, at that time there was a language war, some of it is reflected in the book that I have co-edited, published in 1998.  Now after some attempts, SQL:2011 does include support in bi-temporal databases.  The terminology was changed from the original terms.  What was called in the original version - "valid time" is called in the SQL version "application time',  an what was called in the original version - "transaction time" is called in the SQL version "system time".
More details about the SQL extension can be found in the overview presentation that Craig Baumunk uploaded to slideshare.      As I have written before, temporal database is vital for maintaining historical events, and thus the importance of this standard, and the supporting databases to event processing application is noticable
Posted by Opher Etzion at 10:36 PM 3 comments: