On five years of blogging 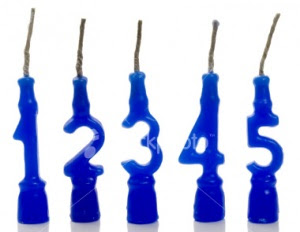 Five years ago I have started this blog. In the first posting entitled "First Blog" I put a picture of myself (from 8 years ago, I think) and stated that I never wrote anything like blog or something similar. This is the 694th posting, and I am amazed that I keep doing it.  I am still amazed every time I run into a person telling me that he or she reads my Blog.  The Blog has been much more visible than I ever imagined,  I have looked at some statistics and report it in the sequel.  Over the years I have been asked several times to advertise stuff (for profit), or allow people to be guest blogger, and always answered politely that this is not really what I have in mind.   The biggest reward I got from this Blog was the offer I received by Manning to write a book following the Blog posts on event processing.  The book "Event Processing in Action" which I wrote with blood, sweat and tears, with Peter Niblett (he was not the reason for the blood and tears), is probably the most important thing I have done so far (but I have some plans to surprise in the future).     As for statistics -- I have looked at two statistics gathering tools, one is Google Analytics which uses an instrumentation I've put into the blog, 2 weeks after I started it,  and the internal statistics of Google Blogs that started in July 2008.  The results are somewhat incompatible (the blog statistics shows higher numbers).  Anyway -- it seems that I had more than 250,000 page views over the years.  Since many of the visitors are one time visitors, it is more interesting to see how many regular readers this blog has - the number seems to be around 2500 that read every post on this blog, and around 5000 more that read most of the blog posts.  I don't know that many people (!).   The readers are coming from 199 countries, where the big ten are:
1). USA, 2). UK, 3). Germany, 4). India, 5). Canada, 6). Israel, 7). Philippines, 8). France, 9). Australia, 10). Japan  - among these countries I never visited in either India or Japan.    Among cities the leading cities are: London, NYC, Bangalore, Tel-Aviv, Manila, Singapore, Karlsruhe and my home city Haifa.
The most read posts were:  On unicorn, professor and infant - where I wrote about hype, analytics and reality.  Interestingly in 2008 the claim was that CEP is over-hyped.  Today the opinion is that analytics is over-hyped.  The second most popular is the post on family trees, an off-topic post where I told about a few days work I invested in constructing family tree during Passover vacation in 2010, and the third one is one of the oldest ones from December 2007 talking about simple events and simple event processing, terms that I don't use anymore.
Enough statistics for today -- five years of blogging passed quickly, let's see if I will be able to proceed for another five.

Back to professional postings - soon.
Posted by Opher Etzion at 11:42 PM 1 comment: