My role in the organization of DEBS 2010 was to handle the tutorials day. Starting in DEBS 2008 in Rome, the tutorials day became (for me) the most interesting day of the conference. Today the tutorial webpage is up and running (this is a first version, some missing details will be added soon). Some of the tutorials have been submitted in push mode by their authors, and some have been solicited in pull mode by me.
Six tutorials are planned: three tutorials in parallel in the morning, and three tutorials in parallel in the afternoon.
There will be two tutorials provided by EPTS work-groups, this time:
The additional four tutorials - two of them can be thought as extensions to the event processing languages tutorial that Adrian Paschke, Jon Riecke and myself have presented in DEBS 2009 (and was viewed or downloaded by 3551 persons, last time I checked):
The additional two planned tutorials are:
The DEBS research and industry tracks program chairs have also sent notifications about rejection and acceptance this week. I think that there are 21 papers accepted (16 in the research track and 5 in the industry track), the research track acceptance rate was 25%.
Our lab is very active in this conference (various people on various aspects), among the 21 papers there will be 5 papers that with all or some authors from IBM HRL, and it will also have co-authors on 2 of the 6 tutorials mentioned above. This is an indication to the focus that the event-based systems receive in the lab.
Posted by Opher Etzion at 11:22 AM No comments:

Preparing for the Dagstuhl seminar on event processing

The countdown for the Dagstuhl seminar on event processing is now 17 days, and we are preparing for that event. Schloss Dagstuhl, seen in the picture, is a castle in Germany, which hold a 5 days events that deal with notable topic in computer science, for each event there are 4-40-45 invitees, most of them are the leading figures in the area, and some are young promising researchers in that area. The Dagstuhl seminar that I'll be co-chairing with Mani Chandy and Rainer von Ammon, is planned for May 16-21. Hopefully there will not be ash clouds in Europe at that time. As I have written before, the idea is to focus on the event processing manifesto. We have now determined that the five chapters of this document (or five appendices, since the manifesto itself will probably be a one page document) will consist of five chapters that deal with the following five topics:

Topic 3: Event processing and the rest of the IT world: relationships of event processing with other areas (databases, rules, BPM, analytics, cloud computing, social computing…).

Topic 4: Event processing standards: What standards should be done and when, what should be the starting point and roadmap in each standard.

Topic 5: Event processing grand challenge: What we would like to achieve if we can get a considerable worldwide research investment? What are the research goals? What are the means to achieve? What will be the end result of this research (e.g. what scenarios will be able to be dealt with?)

Each topic will be analyzed by a group of participants, and discussed with the entire set of participants. The end result will be a clearly articulated document that deals with the scope, analysis, and future of event processing, and seed a substantial federated research projects.
Besides the professional side, it will also be a good opportunity to meet old friends that I don't see on regular basis. Stay tuned to more on the Dagstuhl seminar (and I am sure that some of the event processing bloggers like Marco Sierio or Paul Vincent will provide you other perspectives about this seminar.
Posted by Opher Etzion at 11:43 PM No comments: 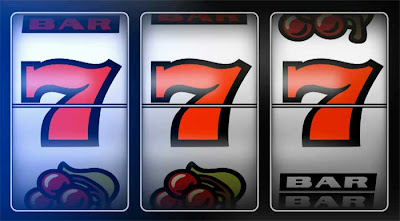 To those who like interesting numbers -- I've noticed this week that the number of my contacts in LinkedIn reached 777, it will probably not stay long, as it keeps changing. I have written before about the use of event processing in social networks, an area that I think has big potential that has not been fully explored yet. I have challenged the students in my event processing class at the Technion to select a project that is somehow related to the use of event processing in Web 2.0, and social networks in particular.
I have written before that unlike the phrase, event processing is not always about threats and opportunities. In fact, typically in Web 2.0 the use of event processing is in information dissemination - getting the right information to the right person at the right granularity in the right time. This is a case of situation awareness while the situation here is the fact that some website content has been changed, or that some activity related to social network, Blog, Wiki, and other collaborative applications happened. This can have any of the event processing functions --- filtering seems to be quite dominant, but also transformation - aggregation, translations, splitting all have a role, and of course pattern matching may also have a significant role -- example: send me update after three changes, patterns related to number of readers in a Blog (Google Analytics provides some), patterns related to activities in social networks over time and space, patterns related to tags in twitter and more... I think we'll hear much more about this topic.
Posted by Opher Etzion at 5:00 PM No comments:

Letter to the editor in the Communications of ACM

Paul Vincent attracted our attention to an article in the Communication of the ACM written by Julian Hyde from SQLstream, and wondered about some of the assertions that were expressed in this article. Reading the original article, I indeed found some inaccurate assertions that somehow missed in the review process of the CACM magazine. After communicating with the editor-in-chief of CACM, he suggested that I'll write a short response (and the author will have a right to respond to the response). It takes some time, but today I got the electronic copy of CACM and found that my response, and the response of Mr. Hyde to my response have been published. You can read for yourself (under the title - "event processing anywhere"). In essence I have mentioned three inaccuracies in the original article:
1. On whether event processing is a blanket term for stream query systems: actually event processing is much broader term then stream query
2. There is a religious war between SQL and non-SQL vendor. I have not noticed the religious war, many vendors have both SQL and non-SQL interfaces.
3. Event processing is restricted to one application type in the financial services area, while other application areas are neglected; this is indeed a common misconception, and I have written about it in the past.
Mr. Hyde took his right of response by saying that the event processing vendors fail to satisfy the expectations of the BI community, this is a new claim, which does not seem to respond to any of the issues above.
Paul Vincent in his Blog's post raises another interesting assertion from the CACM article that streaming query engine is a new technology -- well, new is a relative term.
Bottom line: while people are used to view marketing material with a grain of salt, it is typically expected from a respectable magazine which employs review processes to be more accurate, since people tend to take it as a reliable source.
Posted by Opher Etzion at 4:22 PM 6 comments: