On EDA and maturity model

This is the first postings I am writing on my new Laptop, Lenovo T61p. New laptops are a trauma, since with the new laptop one gets new versions of all software, that somehow not always behave in a familiar way. I still did not succeed to convince the new laptop work with my home wireless network (it succeeds to connect, and then disconnects after a few seconds), so I have arranged workplace near the router and works wired, catching up in reading Blogs.
Jack Wan Hoof in his Blog claims that the market does not understand EDA, since people when talking about EDA are really talking about CEP, in a previous posting he makes a distinction between EDA that is about business events and CEP which processes messages.
It is true that people are often mix the terms of EDA and CEP (both TLAs) which are not quite the same, however, the "message" vs. "event" is something the needs some discussion, as well as the relations between all these, and why should a customer of these technology care anyway.
First of all - I agree that EDA is an architectural pattern, where various services/components/agents/artifacts are communicating in a decoupled way by sending events to some mediator which routes it based on subscription or other type of routing decision, such that the source and sink may not know each other, while CEP is a functionality of detecting patterns among multiple events and deriving new (derived/synthetic) events as a result.
To the question of "messages" vs. "events" -- CEP is called CEP since its inputs and outputs are events according to the definition of event as "something that happened" (with all its variations - see the EPTS glossary), message is in this case a way to represent event (not the only one - CEP can also process events represented as objects that are not messages).
The claim that messages in general may not represent events is valid, I can send my picture as a message and of course some smart guy can find event in it, but it is not intended to represent an event. However, if we apply pattern detection on messages that not represent events, then it is not CEP, since CEP assumes, by definition, that it inputs are events. This can be pattern detection on messages, and one can invent some name for it, if it makes sense.
Interestingly, people also realized that the same type of patterns may be useful for data and not only for events, which makes is detection of patterns on data and not CEP again, and we have started to see some works on patterns in the database community, although they are still quite complex.
EDA by itself has a value to the architectural thinking, recently I came across a plan made by an IBM big customer looking at their future architecture as a combination of SOA and EDA, in the sense that services will communicate among themselves in an event-driven way, but they have not yet discovered CEP at all. In fact, observation on various customers that are in different phase of thinking about the "event" issue leads me to think on a kind of maturity model in this area :

More on the semantics of synonyms 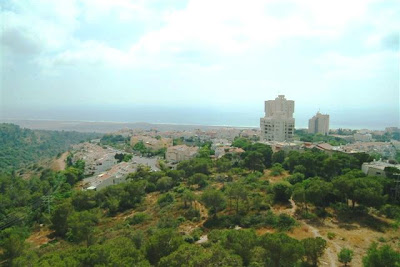 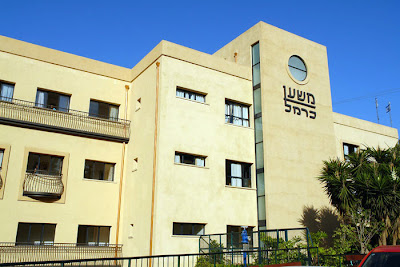 Still lazy days of the holiday week, I took advantage of the time to help my mother, who decided that she wants to leave home and move to seniors residence located 10 minutes walk from my house, this requires to deal with many details, so that is what I was doing in the last three days.... In the picture above (taken from the residence site) you can see the front entrance and the view seen from the residence tower, on the right hand side of the upper picture one can see part of the neighborhood we are living in (Ramat Begin) surrounded by pine trees all over.
Now, holiday eve again, and this is a good time to visit the Blog again. Last time I started the discussion in the semantics of synonyms by posing a simple example of conjunction over a bounded time interval (same pattern that Hans Glide referred to in his Blog), and slightly different from the "temporal sequence" pattern.
In the previous posting I have posed the following example:

The question is: how many instances of event E3 are going to be created, and what will be the values of their attributes?

Looking at this example, for N = 2, there is exactly one pair that matches the pattern
E1 that occurs in timestamp 5, and E2 that occurs in timestamp 4, so E3 will have the attributes {N = 2, C = 24}. However, for N = 1 things are more complicated. If we'll take the set oriented approach that looks at it as "join" (Cartesian product), since we have 3 instances of E1 and two instances of E2, we'll get 6 instances of E3 with all combinations. In some cases we may be interested in all combinations, but typically in event processing we are looking for match and not for join -- that is the difference between "event-at-a-time" type of patterns and "set-at-a-time" patterns that is being used by some of the stream processing semantics. So what is the correct answer ? -- there is no single correct answer, thus what is needed is to fine tune the semantics using policies. For those who are hard-coding event processing, or using imperative event processing languages, this entire issue seems a non-issue, since when they develop the code for a particular case they also build (implicitly) the semantics they require for a specific case, however policies are required when using higher level languages (descriptive, declarative, visual etc...), policies are needed to bridge between the fact that semantics is built-in inside higher level abstraction, and the need to fine-tune the semantics in several cases. In our case we can have several types of policies:

Policies based on order of events - example:

Policies based on values - example:

These are examples only -- it is also important to select a reasonable default which satisfies the "typical case", so if the semantics fits this default, no more action is needed.

These have been examples only, in one of the next postings I'll deal with identifying the set of policies required in order to make the semantics precise.