On the three meanings of CEP

There is an old Jewish story on two people who had some dispute, and decided to go to the Rabbi and ask his opinion. The Rabbi listened to the first person and told him: you are right, then he listened to the second person and also told him: you are right. The Rabbi's assistant who has been present asked him: Rabbi, how can they both be right ? and received the obvious answer: you are also right.

Recently, a dispute between two opinionated persons - Hans Glide and Tim Bass has stormed the network, and somehow got also to my Blog. Somehow both of them understood that what I've written is consistent with their view - which encourages me to change career and become a Rabbi, but I think that there are some skills I lack - so anyway, I'll stay on event processing thinking.

While the dispute started around POSETS, the last posting by Tim Bass in the CEP forum re-focuses the discussion around - what is CEP ? so I'll stay with this topic for a while, since I think that there are (at least) three different interpretations of what CEP is - and this is a source of a lot of confusion. Thus I'll try to explain the three interpretations.

Interpretation One: the glossary interpretation -- complex event is the processing of complex events, where complex event is an abstraction or aggregation of events. According to this interpretation, a software function can be defined as CEP if it involves the processing of multiple events - typically collecting or matching some pattern among multiple events; The test for CEP according to this interpretation is typically support of a state that accumulate the relevant events - since they typically arrive over time. This definition does not say anything about the number of events, number of event types, whether they are totally ordered or not, or whether causality relation is supported or not - these are all attributes of specific implementations.

Interpretation Two: Event Processing = Complex Event Processing. This is a common practice in the commercial work to label all event processing functions as CEP. This spans from support of CEP (according to the interpretation one) and other event processing functions (such as: routing, enrichment, transformation) that don't satisfy the CEP test (since they are stateless and deal with a single event at a time). It can get to an absurd that some product that does not support CEP at all according to interpretation one, calls itself CEP. This is the most confusing interpretation, IMHO.

Interpretation Three: Complex event processing is event processing that has some complexity associated with it. According to Tim Bass - hidden causality and Markov Processes are vital for something to be defined as CEP. This really says that it CEP must involve uncertain events, causality that need to be discovered (by mining and other techniques), and the general usage of CEP is to predict something according to analysis of recent (past) events. According to Interpretation three, indeed the products that current products that call themselves CEP, do not satisfy this criteria, and thus are not CEP.

My opinion: as stated in the past, the term CEP has some inherent ambiguity, therefore I always thought it is confusing term. As far as my own taste in terminology - I prefer Interpretation One, saying that CEP is a subset of EP functions that deal with "complex events", it also seems that this is the closest to glossary definition. Interpretation two is confusing, as it turns CEP from a well-defined term to a marketing buzzword, and thus there is no test for what it is. Interpretation three is interesting, there are certainly applications that require prediction and various usages of stochastic processing and use of AI techniques (machine learning and others) in event processing. Hidden causalities is an important term, and I'll refer to it in another posting, since it has some pragmatic difficulty to obtain. However, I prefer to stick with the concept that CEP is processing of complex events, and not complex processing of events, and for interpretation one, we don't really need (necessarily) to apply AI techniques, this is just one type of application, there are a variety of applications that does not require it, and that detect predefined patterns on events is sufficient.

So the terminology that I personally prefer is: 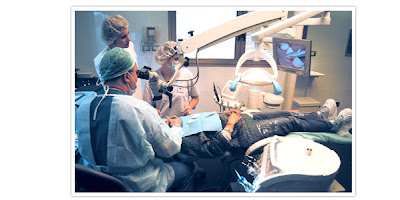 Back in Blog-land after a few days break due to dental surgery - not a very pleasant experience, but what somewhat smoothed by the service given by the clinic - to provide a reflexology during the surgery - here you can see Oded the reflexologist in action (there is some benefit to go to the most expensive clinic in the city...). 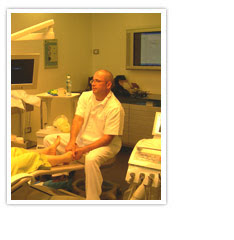 Anyway, I am hopefully recovering - and back online. I've read today in the EP Blogland, the posting of Chris Martins from Apama that described some deals done by Apama outside its "early adopter" type of application - algorithmic trading. This is consistent with previous postings in various Blogs that have talked about the variety of applications that can be assisted by event processing technologies. We in IBM have been facing engagements in variety of industries for variety of cases in this area, with variety of reasons and even different business justifications, we are still studying the variance to try to better classify functional and non-functional requirements to classes of applications. There is one benefit of "early adopters" that it serves as a proof of feasibility to all others, and the capital market applications certainly provided this function for event processing. There is one shortcoming in "early adopters" that it may bias the market in a way that is not really consistent with most applications, since people have tendendcy to employ inductive thinking (sometimes induction with N = 1). In our case the bias has been towards the "ultra low latency" - which is not typical to most applications in other areas. Software platforms that wish to be versatile can expect different requirements (or hacking their original software, and test the customer's patient). More on that - later.
Posted by Opher Etzion at 5:38 PM No comments: